(The images have been created separately, and than assembled in photo shop technique.)

In my work, I am questioning Hanna’s commitment to Hand Over her one and only son to God. Since she could not bare children for a long time, and finally She had one, what mother would donate her son? This is against nature. (At this point at her life she did not know that she will have other children, so it would have ment to remain childless- again.

From Samuel point of view- nobody asked him if he is willing to leave his mother and family and to go and serve God.(being a young child-he would have not understood the meaning of it)

So- My work “reads” from top to bottom.

The boy whom I directed to this project was five years old at the time, his name is Itai Evron, a very bright young child, who performed for me.))

[1]  Violet is the combination of red and blue, which symbolizes spirituality and earthly powers 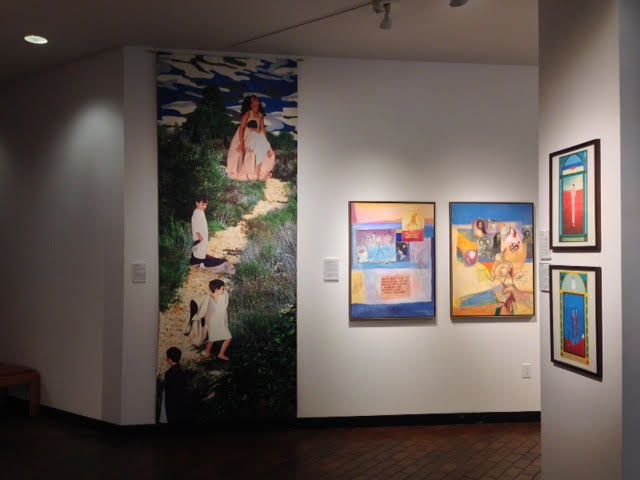 Under the olive tree

One size fits all

In spite of it all